Start a Wiki
Mizurē (Pronounced: Me-Zoo-Ree) is a character in HorrorVale. She is a recruitable party member who is a hashihime.

Her name is a combination of "Mizu", the Japanese term for water, and "Misery".

A homeless hashihime who hails from the far east land of Yomi. It is unknown why she is currently visiting HorrorVale.

Mizurē is an optional playable character. She is first met in act (?) at (Location) where Alice (Interacts) before Mizurē joins the team.

Mizurē has long light blue hair and with a small crowned hairband atop her head. She wears a short skirt kimono that is covered by a traditional happi coat with long sleeves that obscures her hands. She wears black sweatpants and metal ice skates. Her mouth is perpetually obscured by a lavender scarf. Underneath her scarf, Mizurē possesses a large mouth with many small teeth that gives her a noticeably creepy appearance.

The Hashihime (translated as either "Maiden of the Bridge" or "Bridge Princess") is a type of Shinto god found in Japanese youkai mythology. While there are several variations of the story the most prevalent telling, such as that found in "The Tale of the Heike", involves a woman who discovers the infidelity of her lover. Furious and filled with jealousy, the woman makes a pilgrimage to her local shrine, where she prays to the shrine's god every day for the ruin of her former lover. After seven days, the god of the shrine instructs the woman to enter a nearby river and reside there for 21 days (The Uji river in The "Tale of the Heike"), upon which she would become a powerful Kijo (female oni). The woman does as she is instructed, and upon completion of the ritual becomes a hashihime.

Despite being a type of youkai, hashihimes are Shinto gods and are highly revered by the communities that exist around them. As goddesses of breakup, they are consulted to aid in acts of severing. It is said in folklore that couples or newly weds should avoid crossing a bridge or a shrine belonging to a hashihime, and should instead cross the river by boat to avoid upsetting them.

Although hashihimes are princesses by name and gods by occupation, Mizurē is neither a princess, nor a god, just a homeless girl.

Mostly unknown, however, her designer has said she'll be able to remove status effects from teammates but with the drawback of incurring a unique status effect that will increase some stats while draining death points each turn. 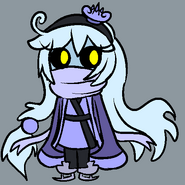 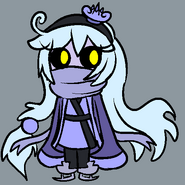 The second variant with slightly purple/red skin and a darker scarf. 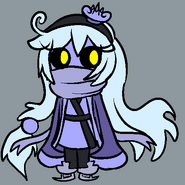 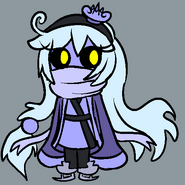 The final variant that would go on to become Mizurē's official colorscheme with blue skin and a lighter scarf. 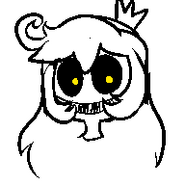 Concept art of Mizurē's face without her scarf obscuring her mouth.
Add a photo to this gallery
Retrieved from "https://horrorvale.fandom.com/wiki/Mizur%C4%93?oldid=2441"
Community content is available under CC-BY-SA unless otherwise noted.