Netherlings have the ability to merge with other Netherlings into larger Netherling variants. One possible combination of these is a Nethersnatch, a Netherling with an elongated body composed of several imps and a penchant for inducing insanity.

Nethersnatch is a grotesque and enormous Netherling whose body is segmented into five sections: a head, three pairs of legs, and a long tail whose end resembles a harpoon. The head resembles a purple Netherling's, However with elongated horns and curve several times, four eyes instead of two, with each eye possessing a red swirl on the inside. The center pair of legs and its tail are depicted as being a slightly redder hue. The three segments of legs are separated by a large spiked ring. Nethersnatch appears to have a mane of a similar color to the spiked rings made from red licorice.

According to Nethersnatch's creator, the battle against him will involve attempting to dodge his fast attacks and surviving the effects of his ability to induce the madness status effect. 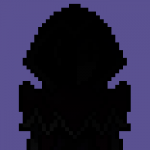 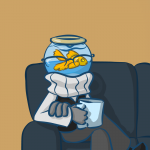